Overview of the great game of Space Invaders

You will not find even a single person who is not familiar with the iconic arcade game Space Invaders. It was created by Tomohiro Nishikadu and published by Taito in 1978. If you are a gaming lover then you must have played Tito’s Space Invaders. Forty years have passed since the creation of Space Invaders, and the game has made a huge impact on the gaming world from the very beginning. The team at Casino Football have rated this classic Retro game as 10/10 in terms of playability and fun, it is an all time Timeless classic.

The space invaders had great commercial success, and gained unprecedented popularity after its release. It reached a net worth of 450 million dollar in just four years. Space Invaders was the best-selling video game in the world, and was named the top-grossing entertainment product of its time. The fact is that the space invaders have turned video gaming into a highly competitive global industry.

Tomohiro Nishikadu was working for the Taito Corporation, when he decided to create Space Invaders. He took the inspiration from another electro-mechanical game called Space Monsters. He initially planned to add tanks, planes and battleships in the game, but Nishikado was not satisfied with the graphics and performance of the game.

Initially Nishikadu decided to use humans as enemies in the game, but he quit the idea to avoid any controversy because it was unethical to kill humans. Finally he took the inspiration from the 1977 film Star War, and decided to use a space theme with alien enemies. Due to the limited power of 1970s microprocessors, he had to develop his own hardware for the game.

He used different American and Japanese components to develop a unique arcade board for the game. He used an Intel 8080 processor that was capable of outputting the raster graphics on a CRT monitor, and to enhance the graphics of the game, he used a Fujitsu MB14241 video shifter. The arcade board he developed for the Space Invaders was named as the Taito 8080 arcade board. 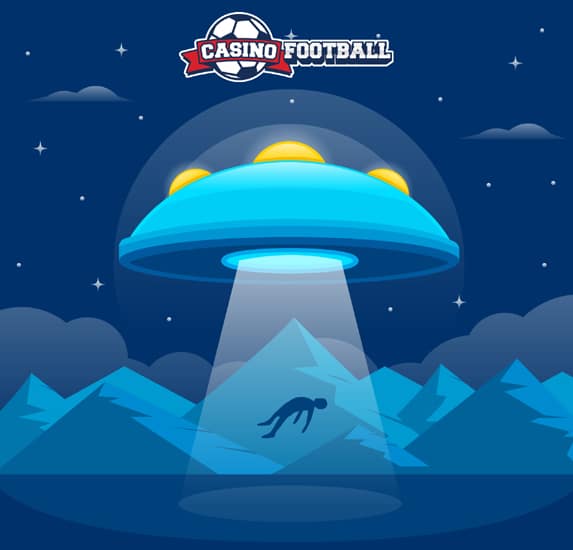 Nishikado could not program the game exactly as he wanted. He designed a special hardware for the Space Invaders, but it was not powerful enough to display the standard graphics and colors of the game. Nishikado also designed a variety of different aliens for the game, but the aliens moved much slower on the screen, so he had to remove them from the game to accelerate the processing.

Plot of the game

The main plot of the game is that the army of aliens is marching towards the earth for destruction, and the player will have to stop them from reaching the earth. Players move around the screen and shoot-down the approaching army of aliens. Your goal is to stop aliens from reaching at the bottom of the screen. Alien army moves faster as you kill them, and if one of them successfully reaches the bottom of the screen, then the player loses the game.

If you would like to play this game – Check out the details below:

Just Click on the “Click Here To Play” text in the game below, and the  Space Invader game will activate on this page

One of the major reasons for the immense popularity of Space Invaders is its simple gameplay. You don’t have to be an expert to play this game. It is quite easy to understand different features of the game. The player basically operates a small space ship that can only move horizontally across the bottom of the screen. The player can fire lasers vertically on aliens.

As you kill all the aliens on the screen, the game takes you to the next level where you will see a new wave of aliens approaching down with more speed. The difficulty level increases as we proceed in the game. The invaders not only move downwards, but also shoot on your spaceship. To avoid the attack from the alien invaders, you can hide your spaceship behind different barriers or shields at the bottom of the screen.

You will also witness a mystery spaceship on the screen that appears at the top of the screen and moves quickly from one side to another. You can destroy the mystery ship by shooting at it, and if you successfully destroy it, you can earn a sizable bonus points.

The Laser Cannon is the leading character of the game, and is controlled by the player to kill the enemies. The laser cannon can move horizontally at the bottom of the screen. It looks like a large dome with a gun spike pointed out at the top, which can be used to fire lasers at the enemy.

The Cannon can be controlled with a joystick to move along the bottom of the screen, you cannot move the laser cannon up and down. In the start a player can use three cannons, and a button is used to fire lasers on the enemies. The cannons can be destroyed when they are hit by the enemies. Don’t forget to take a look at some of our new online scratch card games today.

You will see octopus shaped aliens on the screen, they are also known as the large invaders of the game. The large invader has a large dome like body with two eyes, two appendages and one wide mouth. The sprite of octopus has 8 pixels height and 12 pixels width, it is one of the easiest enemies to kill due to its large size.

The octopus sprite has only two tentacles, and he also shoots lasers downward at the player’s cannon. It is the easiest target for the player, and can be killed with just one hit. The octopus was the very first invader that was designed by the developer.

Crab is another form of alien in the original version of the game, it is also known as the medium invader of the game. The crab is the most famous space invader, and was used as mascot of the Taito. It has a square-shaped body in the game with four appendages, two eyes and two antennas. Crab move faster as compared to the large invaders and move randomly on the screen, which makes it difficult to kill.

The sprite of the crab is 11 pixels wide and 8 pixels high. Crab also has the ability to shoot lasers downward on the player’s cannon and move from left to right, back and forth. It can be a difficult target for beginners, but if a player has little bit of experience, he can kill it with just one hit.

You will also see squid-shaped alien enemies on the screen, they are also known as the small invaders. Squid sprite has almost the same look as the aquatic squid. It contains a triangle shaped head with two eyes and four appendages. Players face huge difficulty to kill them, because they are small in size and move with a great speed. The Casino Football team have just upgraded the online roulette game, why not take a look and see what everyone is talking about.

The sprite of squid is only 8 pixels wide and 8 pixels high. With such a small size, they get more speedy movement in the game. You will see squids in the advanced levels of the game and they increase the difficulty level for the players. Just like the other two invaders, squids also have the ability to shoot on the player’s cannon. Players can kill them with a single hit from the laser cannon.

The UFO or mystery ship is a surprise factor of the game. It appears on screen randomly during the game. The mystery ships also have the ability to shoot off the player’s laser cannon. If a player successfully hits the mystery ship, he receives random bonus points from 50 to 150.

Mystery ship can appear from anywhere on the screen, and destroying the mystery ship will help players to earn huge bonus points. If players can’t defeat the mystery ship in time, it can provide a great amount of destruction.

Space Invaders was a huge success

Space Invaders earned a huge success in the gaming industry. It completely took over arcades all over the country, and helped Taito to earn a huge amount of profit. In just one year, Taito installed more than 100,000 machines across the country and earned more than $600 million dollars revenue. In 1980, more than 300,000 machines were sold in Japan and 60,000 in the United States.

Pioneer of the modern gaming

The Space Invaders arcade shooting game is celebrating its 40th anniversary, it is a masterpiece of the late 70s. You can say that the Space invaders is the pioneer of the modern shooting games, and is considered one of the most dominant shooting video games of all time. Like other shooting games, Space Invaders also faced criticism for the cultural issues at the time of its release, but it gained huge popularity in a very short time. It was the first coin-operated video arcade game that gained mega success worldwide in the 1980s.

Space Invaders was the most influential coin-operating arcade game of its time. The gameplay is very simple, but has modern standards. It was a marvel in the gaming industry of its time, and became an inspiration for other video game developers around the world.

The game has been redesigned and released many times since its creation. In 1980, Atari released a home version of the Space Invaders for video game consoles. This version was similar to the original version, the laser was more perfectly designed. They used a 6-by-6 formation of aliens, instead of 11-by-5.

Basic rules of the game

There are few basic rules of the game that you should remember for playing the game.

The player’s laser cannon can only move horizontally from left to right and right to left. There is no vertical movement for the player’s cannon.The player’s laser cannon can move with limited speed that can be changed with up-gradation.Player’s laser cannon can fire an unlimited number of missiles on enemies. These missiles have limited speed that may vary during the game.When you hit an Alien, it will die. The next layer of aliens may have more power, and can also give you more points for killing them.The laser fire cannot pass through any shield or hurdle. These laser fires can be eliminated by alien’s bombs or laser.One player can have three lives in the game, and can earn more bonus lives during the advance levels of the game.To complete a single mission, a player will have to kill all the aliens on the screen.Players receive different points for killing different kinds of aliens. Players also receive few extra points to complete the mission quickly.The aliens not only can move horizontally from left to right, but can also move forward towards the player.As the player kills the aliens, the remaining aliens move with more speed. The amount of fire from aliens also increases with their speed.The shields and hurdles in the game can be destroyed.Bottom row aliens have the ability to shoot the player’s cannon, and if the bomb hits the cannon, the player dies.If a player kills all the aliens on the screen, then a new level will start. Difficulty level increases in the advanced levels.If one of the aliens successfully reach at the bottom of the screen, the player shall lose the game.There is no last level in the game, as you progress in the game, it simply becomes more and more difficult to play.